Always be ahead and ready to outperform with the brilliance of ALLEN Online Test Series for CBSE Class IX, session 2021-22. This series has objective and subjective mock tests meticulously designed by our expert faculties. We have prepared the series with an aim to help your learning for the session stand more concept based where you can not only have an in-depth understanding of all the subjects and topics but can also test your knowledge and self-evaluate your performance. The series has a total of 24 Mock Tests (Term-I: 11 Objective Tests, Term-II: 5 Objective and 8 Downloadable Subjective Test). For better results, attempt the Mock Tests under a real exam environment and go through performance analysis.

The current package is inactive now, Same will be available soon! 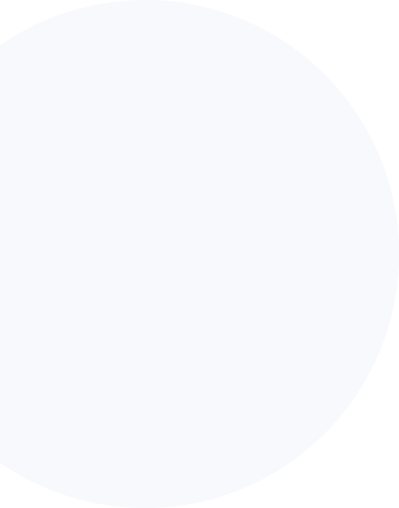 Test Pattern: OBJECTIVE
based on CBSE term II syllabus
Status Expired
Expires: Fri, Apr 15 2022
View Syllabus
Biology
Why do we fall ill ?- Types of Diseases, Infectious diseases, Table - Means of spread of infectious diseases, 1.Organ specific and Tissue specific manifestations, 2.Common effect of infectious disease, Principles of Treatment
Chemistry
Atoms and molecules - Atomic masses, How do atoms exist?, molecules of elements and molecules of compounds, What is an ion, Valency of some cations and anions, Writing chemical formula, Molecular mass, Formula unit mass
English
The Last Leaf, Reach for the Top, No Men are Foreign, Int Gr. Ex (Reported Speech, Gap Filling, Error Spotting)
Mathematics
Polynomials : Polynomial in one variable, Types of polynomials, Degree of polynomials, Zeroes/Roots of polynomial, Factorisation of polynomials, Factorisation of quadratic polynomial, Factorisation of cubic polynomial using factor theorem, Algebraic identities
Mental Ability
Direction Sense Test, Analytical Reasoning
Physics
Gravitation : Kepler's laws of planetary motion, Free fall, Acceleration due to gravity on a planet, Equations of motion of a freely falling body
Social Science
Natural Vegetation and Wildlife: Introduction, Relief-a. Land, b. Soil, Climate-a. Temperature, b. Photoperiod, c. Precipitation, Why Forest are important for human being?, Ecosystem, Types of Vegetation Working of Institutions: How is the major policy decision taken?,-a. A Government Order, b. Who are the decision makers, Need for the political Institutions, The Parliament-a. The role of the Parliament, b. Why do we need a Parliament ?, Two Houses of the Parliament,a-. Lok Sabha, b. Rajya Sabha, Lok sabha exercises supreme power, Political executives, Who is more powerful?, a. Prime Minister and Council of Ministers, b. Council of Ministers, c. Power of PM, d. Coalition Government, President of India, The judiciary-a. The Supreme Court controls the judicial administration in the country, b. Appointments

Test Pattern: OBJECTIVE
based on CBSE term II syllabus
Status Expired
Expires: Fri, Apr 15 2022
View Syllabus
Biology
Revision of why do we fall ill ?
Chemistry
Structure of Atom - Discovery of neutrons, Atomic number and mass number, Distribution of electrons in different orbits, Valency of elements, Isotopes, applications of isotopes, calculation of atomic mass of an element from the mass number of its isotopes
English
The Beggar, If I Were You, Int. Gr. Ex. (Gap Filling, Jumbled Sentences, Omission)
Mathematics
Constructions : Construction of bisectors of line segments and angles of measure 60˚, 90˚, 45˚ etc., equilateral triangles, Construction of a triangle given its base, sum/difference of the other two sides and one base angle Probability : Theory of Probability, Random Experiment, Tossing of a die and its possible outcomes, Event associated with a random experiment, Empirical probability of an event
Mental Ability
Dice and Cubes, Logical Sequence of words, Figure Matrix, Figure Formation, Construction of Square, Grouping of Identical Figures
Physics
Work and Energy : Potential energy-gravitational and elastic, Law of conservation of energy, Power, Commercial unit of energy, Kinetic energy-momentum relationship
Social Science
Drainage- Drainage systems in India The Himalayan Rivers - Indus, Ganga and Brahmaputra The Peninsular Rivers - Narmada, Tapi, Godavari, Mahanadi, Krishna, Kaveri Lakes, Role of rivers in the Economy, River Pollution" Socialism in Russia (Revision)

Test Pattern: SUBJECTIVE
based on CBSE term II syllabus
Status Expired
Expires: Fri, Apr 15 2022
View Syllabus
SST
Full Syllabus SST (Term - II)
Note:
The Pattern of Full Syllabus Tests of Term I from Test 8 to 11 will be based on the Sample papers released by CBSE.
Exam Pattern for Minor Tests